You are here: Home / virtual gallery / Mireia Cifuentes: The liberation of color

This text is part of curatorship work I have done with work of Mireia Cifuentes in Virtual Gallery.

Mireia Cifuentes is a Catalonian painter born in La Seu d’Urgell, although she spent part of her childhood and teenage years in the city of Marbella (Malaga). Her interest and passion for the art world began with a series of trips through Europe and Asia she embarked on throughout the years, in a vital search and as a result of her desire to learn about other cultures.

A self-taught artist, Mireia has benefited in her learning and artistic development from the support of other artists like Montse Valdés, Gloria Muñoz, Teresa Llàcer and José Febles. In 1992 she settled in Barcelona to fully devote herself to painting. She currently works in a shop at street level that she shares with other artists, where in addition to organizing exhibitions, they have sessions with models and other activities with the aim of bringing art to the public.

If we had to use one word to describe Mireia Cifuentes’ work, it would be “liberation”. In this way, the creative act itself is born from the artist in a spontaneous and unpremeditated way, as an act of liberation of theme and form. The stain of color is of great importance, as it gives her painting a remarkable and more open, direct, and immediate plastic intensity that creates immaterial atmospheres sublimated by color and light.

In her paintings she uses traditional techniques such as oil or acrylic, but experimentation is also very important to her work, so she also incorporates other materials she finds by chance. This is the case of the gray tones obtained from the artist’s wood stove which we can find in works such as Contrast IV orContrast VI, and with which she achieves a higher expressive result. For support, although she usually uses fabric and wood, in her latest works she has been experimenting with new supports such as acetate and methacrylate. 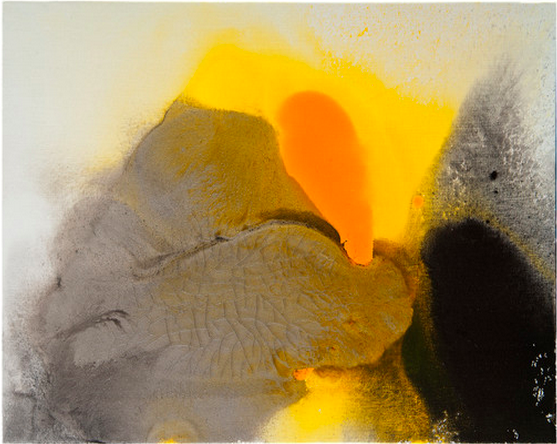 To bring a reference from art history, I think Mireia’s painting can be associated without a doubt to the american “action painting” by artists like Franz Kleine or Albert Kotine.

They share the idea that the canvas is not just a space in which to reproduce, re-analyze or analyze a real or imagined object, but also becomes a stage on which to act. As the American critic Harold Rosenberg described in 1952, what happens on the canvas is “not a picture but an event“.

Her work is also a living thing:

“Everything I paint is something that is somehow related to me, to who I am, what I experience, what I think, what I observe, what I learn…”.

Her painting is an act that is inseparable from her biography. The painting in itself is a “moment” in the adulterated mixture of her life, whether the “moment” means, in one case, the actual minutes used to mark the canvas or, alternatively, the entire duration of a lucid drama conducted in sign language. The painting of the act is made of the same metaphysical substance as the artist’s existence. It is painting that breaks with all distinctions between art and life. 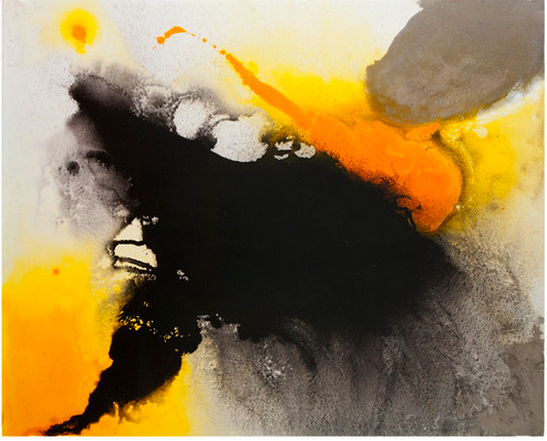 She does not approach the canvas with an image in mind, but with the material to do something in that other piece of material in front of her. The image will be a result of this meeting.

“I try mentally to interfere as little as possible in the creative act, letting intuition guide my movements. Then I observe and reflect on the result, and intervene depending on the balance of the composition or the harmony of colors that I consider appropriate in each case”.

The “Contrast” series she exposes in Virtual Gallery refers to the acceptance of opposites that make up our existence. It is a combination of primary colors that evoke the elements -landscapes of earth, water and fire.

With these works she not looking to make us think about social or political issues. It is a sensitive work that wants to suggest contrasts, dialogue with forms, and think about color. Thus, she leaves interpretation to the meeting between the viewer and her work.